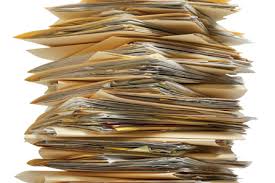 The previously-approved Oak Creek Canyon project was brought back to the Planning Commission for approval of “minor changes,” and it was important that the conditions within the settlement agreement between the developer, the City of Wildomar and the plaintiff, Gary Andre, be incorporated into the conditions of the development.

Nevertheless,  Planning Commission Chair Langworthy apparently resorted to the complaint of a last-minute “document dump,” thereby alluding to and associating herself with  Washington DC-style tactics, presumably  to inflate her own importance.

The primary issue is the hiding by city staff of the  “environmental disaster” that is unfolding due to the presence of a  raw sewage “spray field” that has been the unfortunate method of  processing  of raw sewage from The Farm  since 1974. As a result of that  ongoing spraying of urine,  it is likely that the presence of nitrates in Cottonwood Creek  and the underlying the water table will have to be addressed  sooner, rather than later.

As you may know when the EVMWD took over the  water service  for nearby residents,  they required immunity from any lawsuits arising from  the water contamination  before they would agree to providing water service for the residents.

More on this matter  in the near future .

This entry was posted on Thursday, February 19th, 2015 at 11:23 am and is filed under Curiousity, Wildomar. You can follow any responses to this entry through the RSS 2.0 feed. Both comments and pings are currently closed.