Another Accident At The Shell Station On….. 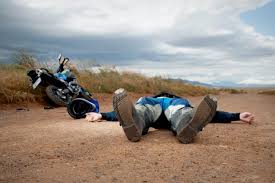 Since we lack the benefit of any local news reporters, the only information on incidents like this has to come from, of all things, Facebook.

Reportedly, there was another auto versus motorcycle collision on Saturday morning.

Q?) Does anyone have any info on the motor cyclists that were hit this am, coming out of the shell station on bundy?? Hoping they are doing ok??

A)Yes it is my moms friends there was two people right ? she has broken knee and ankle not to sure about him something with his back not sure if its broke real good peeps though i think it was the same wreck

A) Someone posted about it this am, but no more info. Did you see the accident? Many wondered if the bikes were hit by someone turning left from the shell station.

A) We came up like right afterwards! They lady who hit them had called 911! My husband is a medic, that’s why we stopped! But there was another medic on sight already! I think the lady who hit them was turning right!! Can’t be 100% though!

It’s not “hard”news, but it is sufficiently reliable to conclude that something occurred at the Shell Station on Bundy Canyon, which may add to the growing consensus that the location  may have some problems with it’s city-approved traffic circulation.

This entry was posted on Sunday, October 26th, 2014 at 6:43 am and is filed under Wildomar. You can follow any responses to this entry through the RSS 2.0 feed. Both comments and pings are currently closed.