A Third Term Is Too…. 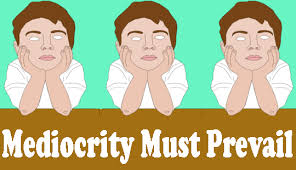 …MUCH, EVEN FOR MEDIOCRITY

For some reason, known only to her,  Mayor Marsha Swanson is asking for your vote to  return her for a third term as a Wildomar city councilmember.

There is a naturally-occurring  political  cadence, such that even US presidents are restricted to two terms.

After two terms, it seems reasonable to expect that ” politicians,”  despite  Swanson’s  denial of being a politician  (even as she cites her political  resume  in her ballot statement), would have more  personal interests  than sleepwalking through another four-year term.

As has been recently displayed in a local blogger’s video of a recent  Council meeting, Swanson looks  bored and tired  as she slumps backward  in her dais chair.

Further,  there is nothing significant in her voting record, save for an automatic  “Aye” vote on every hyper-high-density project or proposed general plan amendment to include high-density apartments , brought before her in public meetings.

The adjacent City of  Murrieta  approved of city council term limits in November 2010 , with  a 65%  voter majority.

Comments Off on A Third Term Is Too…. |

It’s All About The….

Apparently, it rained in Wildomar yesterday.

I was able to keep up with some  of the  weather impacts, by following the local news  and the various Facebook pages providing photographs of the damages.

Mother Nature has finally  provided a plausible historical and meteorological context  for the recent bevy of  lawsuits, as follows:

Each of the above litigations  were, or will be , initiated to force the developers and the City of Wildomar to mitigate, to the fullest extent possible, the drainage issues, which arise from their developments.

Clearly, Riverside County  did not address, in a fashion timely, the issue of “drainage” for the  watershed area to the northeast of Bundy Canyon  Road and Interstate 15.

That being said,  although the City of Wildomar does not have the resources, nor the obligation  to address all of the  drainage  issues on their own, it is their obligation to extract sufficient  drainage concessions/conditions from the developer of each project  coming before them.

At the very least, any new proposed development should not add to the drainage problems, but should attempt to reduce, in a reasonable fashion, some of the inherent problems within the Wildomar watershed.

If you are not aware of lawsuit  #3), it’s because  I have not filed as yet,  although I have made preliminary  preparations to do.    In the case of Canyon Plaza, commonly known as the Circle K/Shell station on Bundy Canyon Road , the developer was originally  conditioned by Riverside County  to re-direct  the drainage  from his property, including  the water which passes over his property  from the northeast watershed to a large  drainage pipe, which passes  under Interstate 15, but which is 500 yards  south of his  project.

This would’ve carried any water down  through the  Wildomar Cemetery property and on to Murrieta Creek, without wrecking havoc  on existing properties, such as Elsinore high school.

Instead, the developer whined to the City of Wildomar staff, seeking relief from  Riverside County’s  appropriate conditions regarding drainage, and was granted, an infamous “minor change”  that resulted in the large pile of rocks that you can see for yourself on the east side of the  southbound  Bundy Canyon offramp.  Any water released in this manner  could conceivably end up  flooding Elsinore High School, including their gymnasium  floor for the second time.

Please tell me that that didn’t happen….again!

Needless to say, I am certain the  attorneys for the Lake Elsinore Unified School District will be looking for  any act of negligence which has contributed to their  gymnasium floor damages.

Comments Off on It’s All About The…. |

Performance Too Good To Be…

It is quite odd, but not surprising, that the mediocre minions of the mediocre Wildomar City Council are not upset by the fact that $500,000 + has been billed for services “performed” by PV Maintenance in 2012, without any documentary evidence of inspection or oversight by City Hall staffers.

Permit me to again quote the Wildomar City Clerk, in her email response, date July 21, 2014, to my particular and specific request for city-generated inspection documents of specific PV Maintenance work, “Hi Gil, I have just been informed that there are no additional documents associated with your request.”

On October 31, 2011(see October 31, 2011  WM Archive for the original article), I posted the above photograph of graffiti removal “work” performed by PV Maintenance on the oft-decorated equipment consoles located at the front entrance to Windsong Valley. To their credit, a few days later, workers from PV maintenance returned and re-did their work, thus actually earning the $143.18 paid to them by the City of Wildomar

As far as the ubiquitous vendor’s conduct in other cities, please refer to the following link for additional  context:

For those of you who don’t want to follow the link, here are portions of the comments of Menifee Mayor Scott Mann on the issue of this vendor’s billing practices;

“…the Finance Committee began reviewing invoices and the warrant register in December 2009, at its own request. Up until that time, we had relied on staff to follow appropriate internal controls….

We discovered irregularities in the PV Maintenance billing as reported in the press….”

In any event, you’ll have to excuse me for my impudence in questioning the lack of oversight on the part of the City Hall staffers and their Wildomar City Council overseers.

After all, oversight of the City treasury is their “job,” not mine nor yours.

Comments Off on Performance Too Good To Be… |