Is Anyone Minding The…. 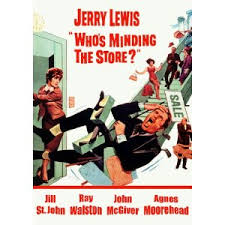 In the business world,  the most-enlightened  principle is “best practices”  when trying to organize human beings  into an effective “for-profit” pursuit.

In the government world,  the default principle is “close enough for government use.”

In the political world, where elected officials are the ultimate  “oversight committee”  looking out for the proper use and expenditure of hard-earned tax dollars  provided by the defenseless taxpayers, the electeds are the final word on government expenditures, except during election years when the voters have the final word.

In Wildomar, the current City Council has been and continues to be derelict  in its duties to provide effective oversight for the taxpayers of the City of Wildomar.

Every month,  contained within the agenda packet provided to the City Council  for their consideration and approval is a document called the “warrant list.”  The warrant list describes each and every expenditure  of the City of Wildomar as it conducts its business for the previous month and provides an opportunity for any  individual City Council member to call into question any expenditure  made on behalf of the city.  In my experience, over several years of attending city Council meetings,  I have yet to hear an objection to any expenditure by any of the elected officials.

As a result, and knowing that one of the city’s vendors  has previously been questioned by a neighboring city  for  it’s billing practices for services rendered, Wildomar Magazine, once again, initiated an investigation.

On  June 15, 2014, pursuant to the  Public Records Act,  I requested backup documentation from the City Clerk for invoices  published on the June 2014  warrant list for one of the cities  vendors,  PV Maintenance, who had just billed, and was subsequently paid in the amount of  $29,936.82  for services rendered in the month of May 2014

In response to my request, the City Clerk provided all of the  invoices supplied by the vendor.

To be on the safe side of my investigation , on  June 30, 2014, I directed a follow-up e-mail to Gary Nordquist, Wildomar’s City Manager, as follows: “Before I reasonably conclude that there are no additional documents,  I want to confirm that the city does not possess  any inspection documents, such as field inspection logs,  confirming the specific work activities by PV Maintenance , prepared by any city employee as a part of a usual business practice.  If they do not exist, please advise the undersigned at your earliest opportunity.”

On July 21, 2014, I received a  pleasant and, somewhat personal e-mail from Debbie Lee, City Clerk of the city of Wildomar, as follows: “Hi Gil, I have just been informed that there are no additional documents associated with your request.”

Prior to writing this article this morning, I went through the  backlog of agendas and confirmed that  this vendor has billed the City of Wildomar for a total of $578,572.67 through August 02, 2014.

Rather than forcing the City Clerk to provide copies  for the past 8 City Council agendas, I believe it is fair and reasonable to extrapolate that the City of Wildomar does not have anyinspection protocols  in place for  a review of what will be approximately  $800,000  in payments for the calendar year 2014,

As the initial investigator of the issue, I still retain the right  to file a Qui Tam lawsuit on behalf of the citizens of Wildomar, against any parties who may  have participated in any  false billings.

For the present, I believe that the issue can be a  reasonable political issue for discussion amongst Wildomar voters.

Perhaps, the self-anointed “conservative businessman,” Tim Walker can ask some questions of the staff.  Better late than never.

This entry was posted on Sunday, August 31st, 2014 at 10:59 am and is filed under ELECTION 2014. You can follow any responses to this entry through the RSS 2.0 feed. Both comments and pings are currently closed.