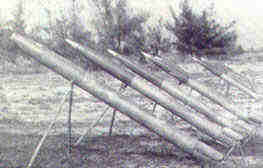 September 1968-driving a truck through an unidentified shantytown in Danang, Republic of Vietnam

I was a newly assigned member of the Terminal Naval Post Office, which was a part of the vast Naval Support Activity-Danang, which provided all material goods (bullets, chow, and morale boosting mail) for the entire Third Marine Expeditionary Force (“III MAF”), the Marine fighting force positioned in I Corps (“Eye Core”), the northernmost province of the Republic of Vietnam, set hard against the supposed Demilitarized Zone  (“DMZ”) which divided the democratic Republic of Vietnam from the communist People’s Republic of North Vietnam.

In addition, we distributed mail to  all in-country  naval detachments, including support ships and vessels  operating close off the coast of South Vietnam, such as LST’s and riverboat squadrons.

Clearly, the Marines were the “tip of the spear” in my generation’s post-World War II resolve to stem the progress of communism throughout Asia, but the tip could not function without significant resources in men and material to support their operations.

Initially, the Marines came ashore at Danang in 1965 to provide security for the Danang airbase but their mission eventually evolved into more active “search and destroy” sorties into the countryside surrounding Danang, seeking to preemptively engage enemy combatants, such as the irregular Viet Cong guerrillas (“VC”), and their communist northern cousins, the better trained and equipped regular soldiers of the North Vietnamese Army (“NVA”).

The VC were generally local indigenous farmer types, many who had been fighting since the early 1950s, originally against the French, who had returned to French Indochina to resume their colonial aspirations, following the defeat of the Japanese in World War II.

Eventually, however, it became apparent to the communist hierarchy in North Vietnam, that the introduction of regular NVA troops would be required to overcome the introduction and presence of American military assets in South Vietnam. The NVA troops would utilize the Ho Chi Minh Trail to position themselves immediately west of I Corps, taking the “A Shau Valley” offramp in order to infiltrate the vicinity of Danang and to initiate military operations against the Marines and Navy personnel deployed in their mission to protect the people and government of the Republic of South Vietnam.

As a result of all of the geopolitics involved in the struggle against communism in South Vietnam, I found myself sitting in the driver’s seat of an empty 5 ton bobtail truck, headed for the Danang airbase to unload an incoming civilian transport carrying tons of personal mail, headed for the smaller bases and detachments throughout I Corps. My “shotgun” rider, Richard Mau, had arrived in-country a few weeks before I had, so we were both equally “green.”

We were lightly armed; carrying M-16s and wearing .45 caliber Semi-automatic pistols strapped to our hips for personal protection in the event we were confronted by disgruntled “farmers.”

As usual, the night was dark as I slowly threaded my way through the unpaved and unlighted road that bisected another faceless, borderless shantytown village, whose “homes” consisted of  poorly nailed pieces of scrap lumber and sheet metal discarded by American military personnel.

I was closely following an American-made four-door sedan, occupied by four Air Force personnel when Richard Mau and I heard the sound of a nearby explosion and felt the jarring concussion of the explosion a millisecond later. “What was that?,” I inquired of my slightly more experienced passenger.” I don’t know.,” Mau replied. At that exact point in time, we both observed all four occupants of the Air Force sedan throw open their doors and dismount headfirst into the ditches alongside the road, seemingly without touching the ground until reaching the bottom of the ditch, even as their sedan continued moving down the road, driverless and unoccupied.

Another explosion followed, close enough to physically shake our truck violently, and eliminating any further dumb questions as to what “that” was.

In the immediate hindsight of On The Job training (“OJT”), we quickly understood that we had both experienced our first close up episode of “incoming,” a term generally uttered by the first guy to hear it as a loud, intense shout and used to describe the sudden onset of enemy rocket fire, usually in the form of salvo of 5 to 6 122 mm Russian rockets, fired from anywhere in the surrounding countryside within a 7 mile arc. The aiming mechanism which was probably two tree branches, trimmed and formed in an X, with the rocket laid across the middle of the X, to elevate and launch the rocket in the general direction of the Danang airbase.

Needless to say, rockets fired in this manner were randomly “selecting” targets and were generally intended to disrupt the sleep and nighttime activities of American military personnel in the area, and hopefully killing and wounding a few Americans in the process.

Fortunately, as was my experience throughout the coming year, each salvo was launched and landed within a matter of seconds. So once it was over, we continued past the Air Force sedan, which had completed its own unguided journey into the ditch and entered the “safety” of the Air Force Base and completed our own mission for the evening, which was to join with the Army and Marine postal clerks in breaking down the far less lethal pallets of “incoming” mail, breaking the pallets down to their individual bags of mail destined for individual units, as defined by their APO/FPO San Francisco addresses.

This entry was posted on Wednesday, July 9th, 2014 at 7:51 am and is filed under Memoir. You can follow any responses to this entry through the RSS 2.0 feed. Both comments and pings are currently closed.