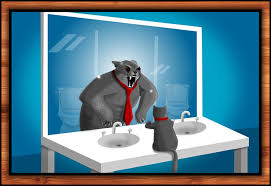 Despite the dearth and decline of local newspaper coverage, with the demise of the Californian and Southwest Riverside News Network (“SWRNN”), and the intentional diminution of Wildomar Magazine, it is pleasing to see that yet another informational medium is bursting forth on the Wildomar political scene.

Martha Bridges has debuted an informational blog,  where the readers will be able to keep up-to-date on the perspective of the “community activist” cohort of the “opposition community” that eventually arises in every healthy and democratic political environment.

Unlike most feckless community activists, however, Martha rarely hesitates to elevate her activism to the level of effective litigation, resorting to the Courts, when necessary, to chasten, chastise, and ultimately correct, the misjudgments, misdeeds and rank mistakes of the Electeds, Appointees and Hirees of the City of Wildomar.

Please click on the following link to Martha’s initial blogs:

For those of you in the City of Wildomar who have been foolish enough  to dismiss  Martha Bridges  as a “paper tiger,”  you continue to do so at your own peril.  Her attention to detail in whatever endeavor she embraces is formidable.

I personally,  as a wise man, prefer Martha as a friend, rather than being her adversary.

This entry was posted on Wednesday, November 13th, 2013 at 7:08 am and is filed under Epilogue, Wildomar. You can follow any responses to this entry through the RSS 2.0 feed. Both comments and pings are currently closed.