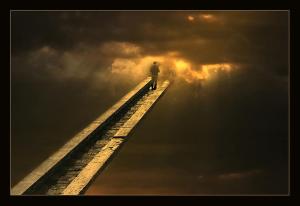 If tears could build a stairway,

and memories a lane,

I’d walk right up to Heaven

And bring you home again.

I want to extend my deepest condolences to my longtime friend, The Reverend Mark Armstrong, grandfather to Ryan, in the loss of his grandson, as well as to the entire Armstrong family.

My Brother, may the peace of God be your family’s portion.

Comments Off on With Deepest Sympathy…… |

The Joy of Christmas…… 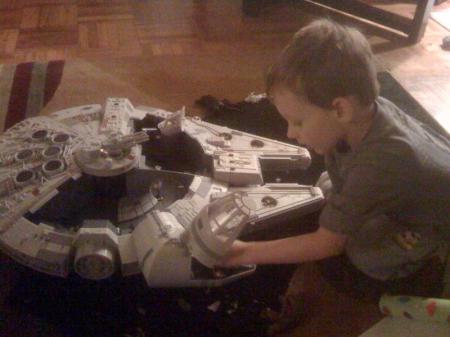 ….AND ZAK’S HOPE FOR THE FUTURE IS FOUND IN THE FACE OF A GRANDSON

Lest any reader of Wildomar Magazine think for a single moment that skewering odd politicians, their “friends”  and their weird ideas, decisions and votes is the mainstay of Zak’s life, please reconsider.

Now, if my life’s past economic decisions had been better, Zak would have actually been the one to present a Christmas 2009 Star Wars Millenium Falcon to his grandson, Kent. However, and true to form, Zak couldn’t afford to present an earlier version of the Falcon to his own son, Tim, when it was Christmas 1982.   (Zak credits his financial deficiencies to the concept of “tithing,” or giving a tenth of one’s income to some lame-*ssed church or church organization).

Zak is glad that son Tim has chosen a more noble profession, screenwriting, than did his father and has taken better care of his kid than did Zak, although Zak probably loves Jesus more.

Be sure to check Lifetime television in January to enjoy Tim’s and son-in-law Vince’s  movie “Smother,” starring Diane Keaton.

Occasionally Zak contemplates permitting comments but then he reads the absolute cr*p comments that follow newspaper articles and knows that he has made the right decision.   You can make comments at zakturango@excite.com, but only if you really need to.

Comments Off on The Joy of Christmas…… | 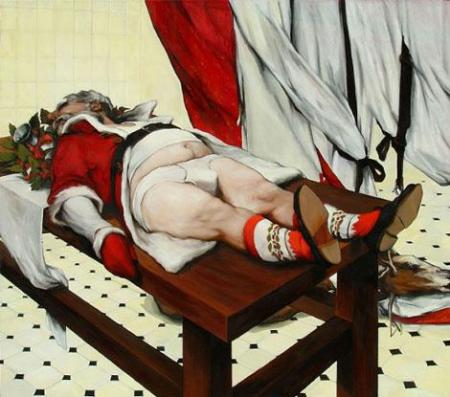 ….AND THE WRAPPING OF GIFTS FOR WILDOMAR HAS LEFT HIM EXHAUSTED

The Christmas Season is the happiest times of the year for most folks.  Budget-breaking shopping for toys for loved ones is motivated by that happy feeling that comes as the wrapped presents are opened and the “oohs” and “ahhs” of joy are emitted for the $25 gift card to some chain store. One size does fit all.

Beyond the economics, though, are the heart-felt greetings and expressions of human feelings that are passed between lovers, loved ones and, even, mere acquaintances.  Christmas gives the annoyed and the angry a chance to let off a little steam and be human, if only for a few hours.

Zak also wants to give some presents out to those who have made Wildomar’s recent history, well, historic.  So he’ll start by sharing his verbal gifts to those who matter most;

Finally, Zak wants to wish most of the citizens of Wildomar a wonderful and Happy Holiday season.  There are, however, a few for whom Zak hopes their package of “private humiliation” will be pushed back under the tree, just waiting for the day when the wrappings are finally torn off and then the humiliation can be public.

Comments can be made to Zak at zakturango@excite.com.  Zak is currently registered at Target for any holiday gifts, if you so desire and have any money left over. Gift cards are so lame.

When Zak's been drinking.. | 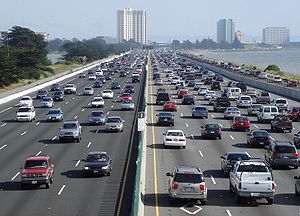 Zak Turango, editor and chief of staff of Wildomar Magazine, is sitting in an office building in beautiful Sacramento, Caleefornia, capital of the Late Great State.  Given the dire condition of the budget deficit, Zak’s prophecy that the state will eventually go bankrupt and drive the business class to other  nearby states, resulting in the degradation to the status of a third-world nation, Zak’s words loom, as well as portend, a dreary future.

However, there is no need for Zak to continue to suffer with the constant state of metropolitan freeway gridlock with his daily commute into Orange County in a quest for his daily bread.  With all due modesty, Zak has a simple suggestion that will ease the metropolitan freeway congestion for the next ten years.

And, at no significant cost to the taxpayers.  In fact, this might be handled by the Wildomar Community Council’s modest budget but only if they can get a little more “taste” of the free money handed out by the Wildomar City Council.  Or, if larger amounts are required, there’s always the RDA PAC.

In Zak’s new world order, the two inner lanes of a metropolitan freeway, identified by the CHP as “Lane #1” and “Lane #2,” will be restricted from Monday through Friday in the following manner:

Once again, for the Libertarians amongst us, Lane #3 may be occupied by any vehicle at any time of day of night but drivers will have to share the lane with everyone else.

What makes the matter workable is that a number is a number is a number and recognizable in most languages, including english.  Any driver will be able to understand when he/she can occupy Lanes #1 and #2 during the above hours.  If they “mis-understand” once, a ticket should help them to get their brain around the concept.

There it is.  Zak has cut the freeway traffic by fifty percent (“50%”) for four hours, the busiest four hours, of the day.  Zak can get to Orange County in about 45 minutes, rather than the hour and a half, morning and evening.  The traffic reduction strategy, once embraced by the commuting public, will reduce gridlock and forestall (an ironic term for a “traffic” article) the need for toll roads and additional lanes for the next decade.

Comments can  be addressed to Zak at zakturango@excite.com.  Responses by Zak will be delayed until his return from his remote reporting location.  Zak is hoping to share a cigar with the Governor but will not be holding his  breath, waiting for his call.  Zak has not yet confirmed that Arnold is a reader of Wildomar Magazine, avid or otherwise.

Comments Off on Zak Storms Sacramento… |

When Zak's been drinking.. | 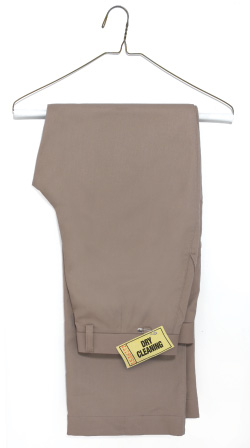 …TO HANG JOHN LLOYD OUT TO DRY

Wildomar Magazine does not intend to gloat over the censure of EVMWD Director John Lloyd.  He is, after all, the area’s elected representative for water issues and he is still to be applauded for releasing the secretive reports that the Lake Elsinore Advanced Pump Station project (“LEAPS”) is unlikely to turn a near-term profit sufficient to offset the enormous cost to build the billion dollar boondoggle.

However, even John Lloyd should have voted to censure himself for his “leadership” and involvement in the nefarious vote of  the RDA PAC to fund a mythical $600,000 project in Lakeland Village and then, suddenly, when exposed, to vote to rescind the funding by the same folks.

Or, Lloyd should have voted to censure himself for his failure to cover his own political *ss within the EVMWD political scene before he opened himself up to someone’s political vengeance.  He may have been skillfully “hung out to dry.”

Whatever the actual reasons for the censure, be it a “failure to communicate” with the management and fellow directors about his contact with the RDA PAC, or his failure to anticipate “political payback” for releasing the LEAPS report, Lloyd was naive about playing in the  Large Sandbox with the Big Boys.

Given the amount of money that is in play in water districts, political players in the water game are serious about their issues.  Lloyd should have known that taking on the LEAPS project requires serious political gamesmanship.

Instead of educating himself in the water game, though,  Lloyd has been busy trying to prop up the inept political career of former Mayor Bob Cashman.  Or promoting the Wildomar Community Council’s efforts to stay connected to Wildomar’s center of political power with a food drive and street fair.

When his attention should have been fully focused on his EVMWD Director position and his duty to represent his district, he was distracted by the Little Sandbox of Wildomar’s new political scene.

Therefore, in Zak’s opinion, Lloyd should have voted to censure himself for his open and obvious political naivete.  At least with a 5-0 vote, his constituents could hope that he’s accepting of his painful political lessons and has learned to play effectively with the Big Kids.

Instead, he presented a meaningless apologetic in support of himself, to no effective result, followed by his sole vote of support for himself.  One is, after all, still the loneliest number.

Finally, before one shuts their mind on the still-hidden truths of the $600,000 RDA PAC vote, believing it to be mere politics and of little import, Wildomar Magazine has been told that there may be at least two employees of the EVMWD whose careers will being ended as a result of this financial fiasco.  That, my friends, is a significant outcome and bodes poorly for any hope for an easy landing for anyone connected to the incident.

The full story remains untold and Wildomar Magazine continues to believe that the tendrils of a rumor of funneling money to a developer’s project has some traction.

Comments may be made to Zak at zakturango@excite.com. 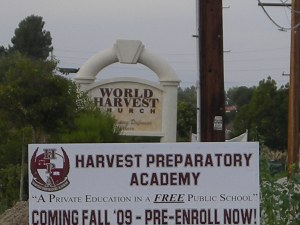 Wildomar Magazine encourages the Trustees of the Lake Elsinore Unified School District to utilize their non-delegable duty of “due diligence” in determining the extent of relationship, if any, between Harvest Preparatory Academy and any religious organization before it puts its’ stamp of approval on the transfer of any tax dollars to a charter school. 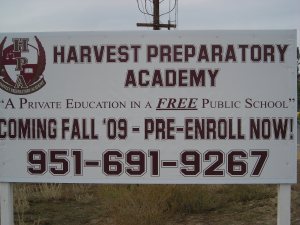 “A Private Education in a FREE Public School”

It takes nerve to come into Wildomar and declare that the tax  dollars that Zak and other hardworking citizens pay to educate the children in our community are somehow “free.”

A nice peek into your thought processes.

Comments may be made to Zak at zakturango@excite.com.  All comments will be FREE of charge to the writer. Cyber ink is, after all, very cheap.

Comments Off on Implicit Imprimatur? | 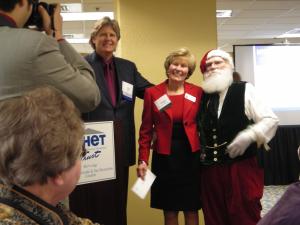 Wildomar City Councilmember Sheryl Ade was the recipient of  the “luck of the draw” at a luncheon Thursday at the Mission Inn in Riverside.  The luncheon was hosted by the Manufactured Housing Educational Trust and Councilmember Ade’s name was drawn for a $750 donation to her charity of choice.

After hearing an excellent presentation by Ron Hewison, director of HOPE (Helping Our People In Elsinore) during Wednesday evening’s city council meeting, Ms. Ade immediately declared that she would donate the entire $750 gift to that charity.  The funding by the Trust will be in time to add to the work of HOPE for this holiday Season.

Wildomar Magazine believes that “good fortune” follows those who have a “good heart” and “good motives.” As a result, the Ultimate Goodness, whomever/wherever he/she is, has blessed HOPE through Sheryl’s good heartedness.

Another benefit of the luncheon was hearing an endearing message by the keynote speaker, Huell Howser, as he spoke of coming to California from Tennessee and found that the story of California is not the majestic Yosemite park views or the sea coast or the mountains.  According to Huell, it’s the people of California.

At the conclusion of the meeting, Councilmember Ade was able to meet with Huell. 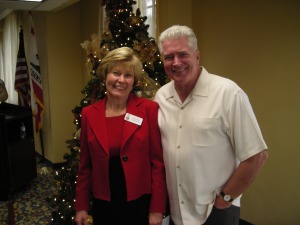 She was overheard pitching his presence for Wildomar’s first birthday party come next July 1. Huell said he never makes any appointments for that first week of July as that is his “time off.”  However, he told her that he still wants to do a story on Wildomar in the future.

Comments can be made to Zak at zakturango@excite.com but only if they are “good” ones.

Wildomar Magazine
Create a free website or blog at WordPress.com.